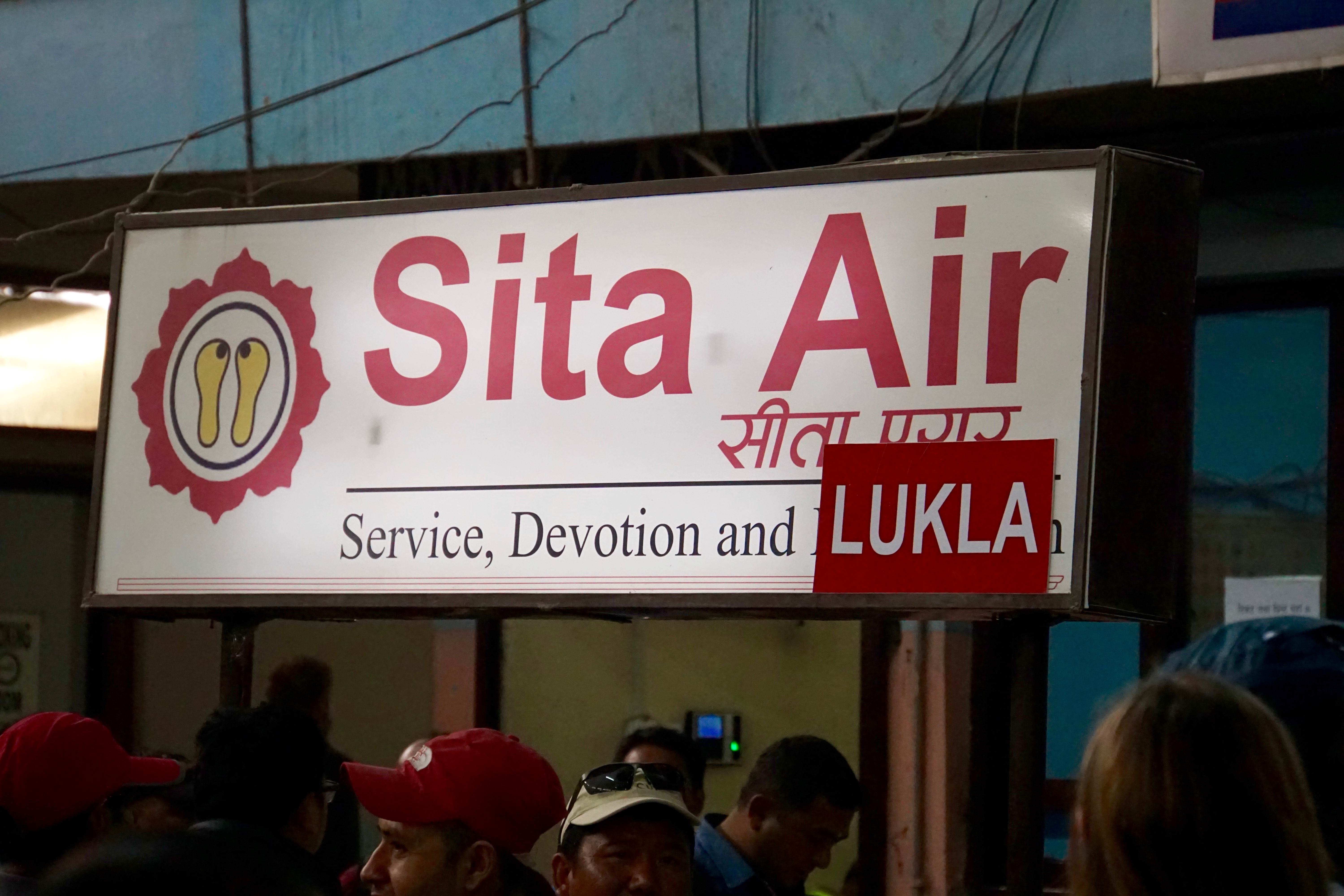 Up at 4 AM to get ready for the flight to Lukla.  This small village is the de-facto start of treks in the Khumbu valley, because it has an airport that can accommodate fixed-wing or helicopter flights.  It’s just about 100 miles away from Kathmandu, but the rugged terrain that lies between make them very, very difficult to drive or walk.  Virtually everyone flies there.

But, the weather has to be right.  In a scene very, very reminiscent of last year, we had bad luck with weather today, both in Kathmandu (where there was lots of early morning smog) and in Lukla, where poor visibility in the clouds made it impossible for flights to land safely.  The first members of our group were able to make it out just in time, but Lukla was closed shortly after they arrived… just as we were riding in an airport bus to the tarmac.  Nothing to do but wait…

Eventually, at noon, all flights were canceled to Lukla for the day.  This is a real hassle, not only because weather for tomorrow is predicted to be poor, but also because we go to the bottom of the waiting list for subsequent flights.  Not unusual for folks to be stuck in Kathmandu for days.

So, just like last year, we chose to fly on via helicopter.  The trouble with this, aside from the cost, is the scarcity of choppers.  Five of our team took a bird up there… and five of us waited for it to return for us, a couple hours later.

But… it never did return.  Foul weather forced it to stay at Lukla for the night.  Mountain flying requires precision and a huge safety margin, and these pilots take no chances at all if visibility is poor.  So, while our teammates were safely in Lukla, those of us remaining behind in KTM went back to the hotel to lick our wounds, 12 hours after getting up.

It happens.  The bright side: One of our teammates, Kim, was able to join us!  She and her brother Steven have been delayed due to a snowstorm in Denver, but she made it… now we are almost complete, just missing Steven, who is due in tomorrow.

Time for another nice dinner, and sleep in a proper bed.  Always a good thing.  We will try to fly on again tomorrow, weather permitting.

2 thoughts on “Service, Devotion, and LUKLA”