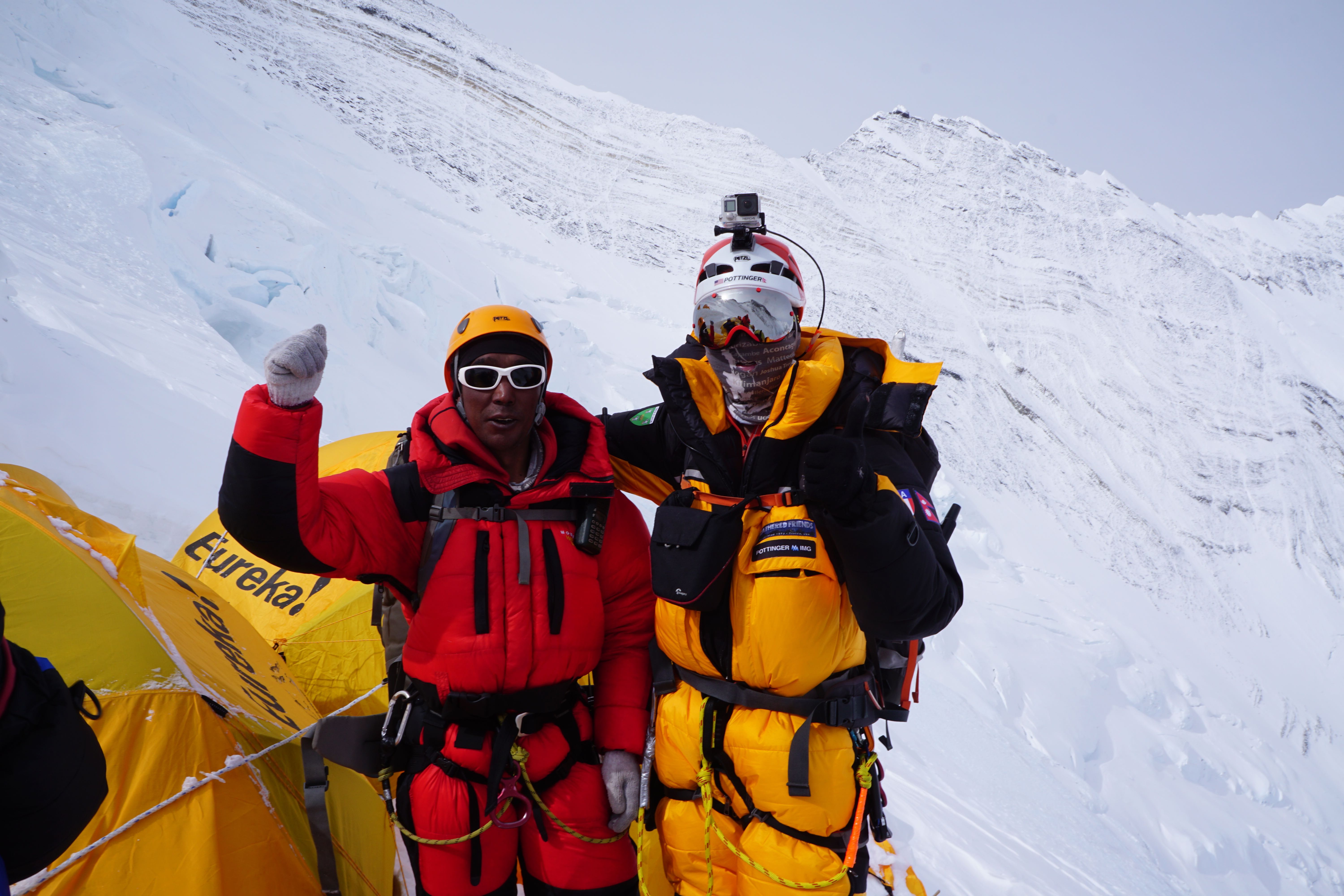 We predicted that descending the Lhotse face would be much easier than climbing it had been.  This proved to be true: my ascent took just under 11 hours, and the total descent was just over 4 hours.  I am convinced that if traffic had not been so horrendous on the route, we would have made camp 2 in closer to three hours.

But, there is no room for haste in the mountains… especially on the Lhotse face.  In preparation for this expedition I have read virtually everything on Everest I could place my hands on.  I know the legacy of this portion of the route.  Far finer mountaineers than I have perished here.  We have encountered their remains at the bottom.  A moment of focus was called for before we left Camp 3.  This is the real thing.  One mistake, and you are gone…. Take one step at a time.  The safety lines are here for a reason.  They are solid.  Use them and you will be fine.  Use two safety ‘biners.   Remember your ABC’s: Always Be Clipping.  Remember: Gravity never sleeps.

And so we made our way down with tremendous focus and unflinching care.   And it was uneventful, easy, slow travel.  If the scenery had not been so spectacular, I would say it was a boring morning.  But, spectacular it was.  And busy!  So many people on the mountain!  Every one of them sharing the same line… only a small portion of the route just above the ‘schrund has two parallel lines.  Everywhere else, we are required to clip past the up-traffic (or slow down-traffic) just as though they were snow anchors, with one safety line at a time.  Painstaking, unapologetically careful work.  Slowly, we made our way down.

Above is a short video of us descending the Lhotse Face, so you can get a flavor of the terrain and technique involved.  Somehow the wrong video got uploaded from Namche, but this will do.

Nothing even close to the breathing trouble or fatigue of the day before.  This was smooth sailing for me.

I was tuckered out when we made it to Camp 2, but very happy and indeed excited by the prospect of getting back to EBC the next morning.  The toll of Camp 3 began to come clear as I worked on logistics for the next morning.  Some gear needed to stay in my pack, some needed to stay at Camp 2, and some needed to go to Camp 1.  Getting things sorted and catalogued took longer than expected, and at the end of the day I was ready for my sleeping bag in a big way.  As I closed my eyes, and drew breaths in through the stinking buff, I watched the Face inch by in my mind, step after step on blue ice with a world of exposure below.  We did it.

Word of the day: Focus.