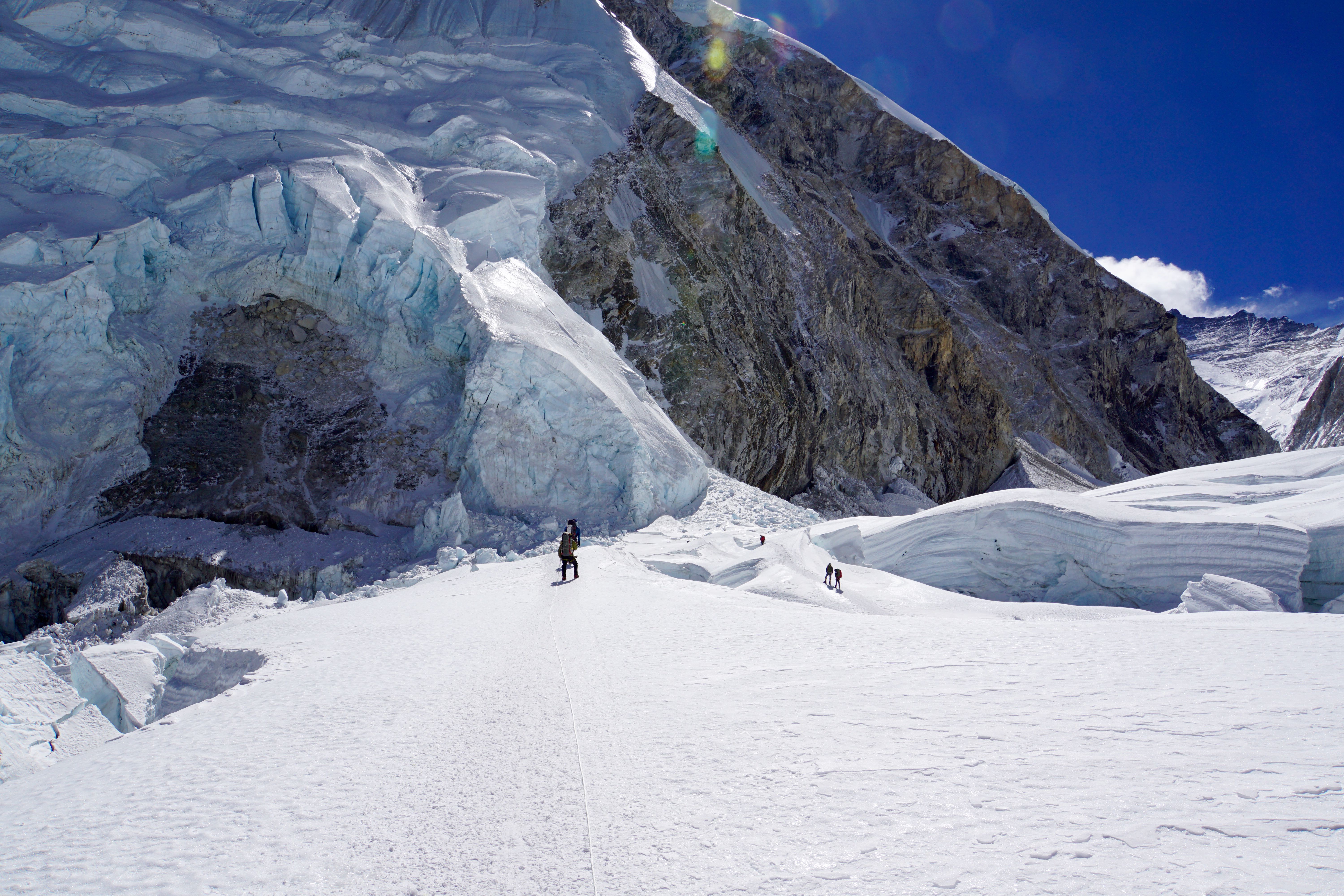 Early wake-up.  Early breakfast.  Early departure.  We are getting good at these pre-dawn starts. The rationale for leaving in the dark is to reduce the amount of time we must spend in the sunshine up high—not to reduce avvy risk (I am not convinced that sunshine has a short-term impact on icefall stability), but rather to shield us from the searing heat.  At that elevation, with so much snow and ice underfoot and all around, you can burn skin or corneas in minutes without diligent precautions.  And, it’s exhausting to labor under such heat.

The lower portion of the icefall was very similar to our last foray, except that the ladder leading out of the Pit of Despair had been moved a bit to climber’s right, which may be more direct and reliable.  Lack of a rap line makes this a continued choke-point on the route.

Much more relaxed and efficient reaching the Football Field.  Above was unknown territory.  Huge seracs, shattered popcorn, deep crevasses… this section has it all.  Super beautiful in an eerie, creepy way.

Gaining the cwm requires one final, spectacular climb up a crown face at the top of the icefall.  This is like countless other structures up high: Basically, as the glacier falls down the mountain, it splits into seracs of snow and ice.  Each storm’s snowfall is revealed as a distinct layer—or striation—in cross-section.  This top slab was beautiful, and towered over a shattered section below that is in effect a high, chaotic bergschrund.  As it happened, sunshine hit us for this final steep climb, making it a beautiful pitch.

After gaining the cwm we still had to walk for about an hour between crevasses and over “rollers,” more giant snow features evocative of swells at sea.  Hot, exhausting, and beautiful if I took a moment to take it all in.

Camp 1 is situated near the bottom of the cwm, surrounded by Nuptse, Everest, and Lhotse.  Dramatic, gorgeous, and so evocative of last year.

Concept of the day: Good to be back.