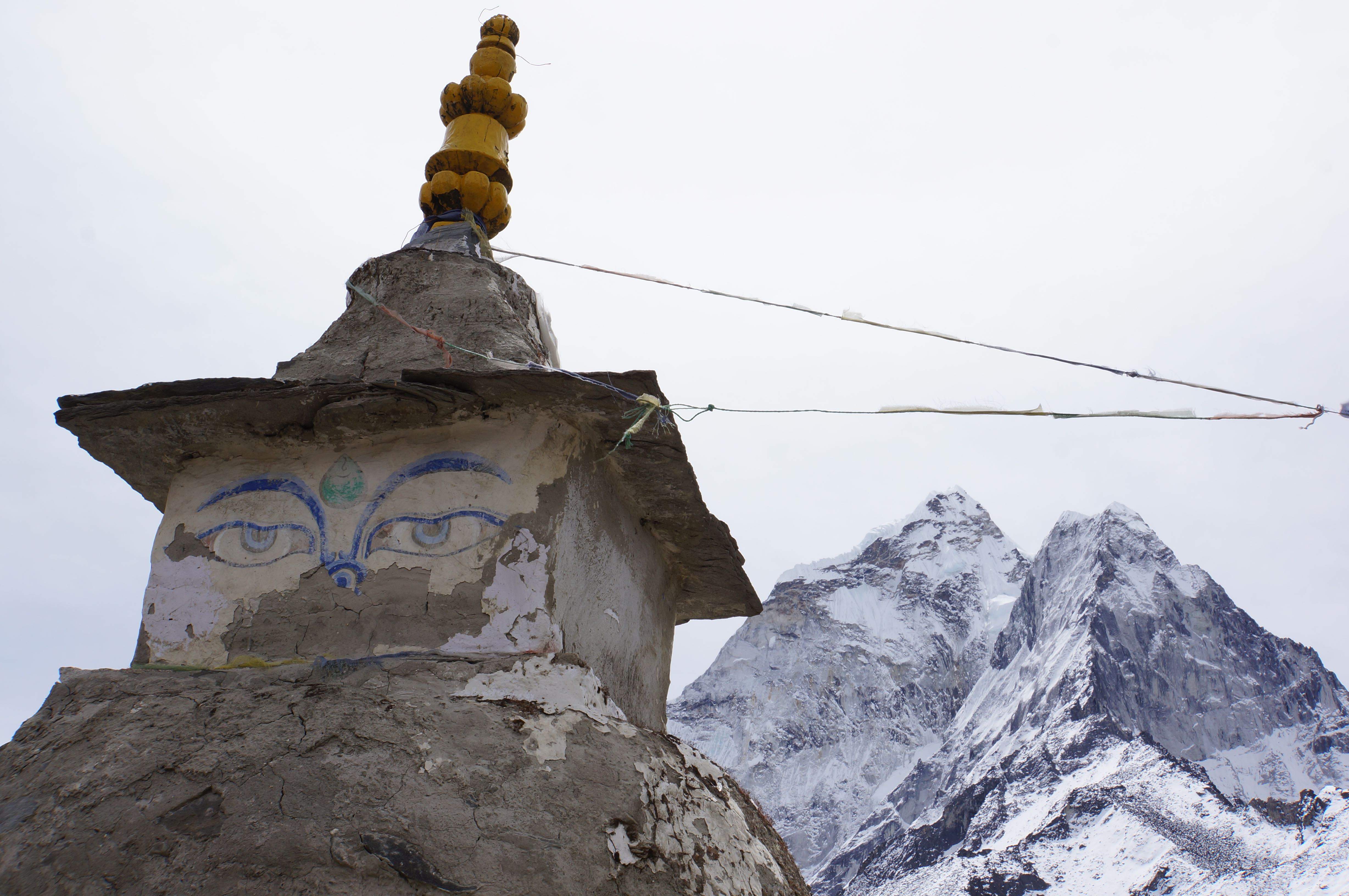 Nice rest day in Pheriche today.  Spanish omelette for breakfast, then an acclimatization hike up a small hill behind the hotel. We went up 1,100 feet in about an hour, revealing wonderful views of the surrounding peaks.  Ama Dablam from the south side looks very different, still quite austere.  Baruntse, Island Peak, Makalu, and Lhotse are here… as well as a good look at Lobuche, including our climbing route.  It looks beautiful! Eager to get an even closer look from Lobuche base camp tomorrow.

I slipped for a step walking down from our high point (circa 15,300 feet), and bent the arm on my go pro steadicam. It still seems to work! Definitely not built for the outdoors….

We made a sobering visit to the Everest memorial immediately behind our hotel, engraved with the names of everyone lost on the mountain, going right back to Mallory’s Indian porters on the North side in 1922. People have died in the pursuit of this summit… as they have on virtually all other peaks the world around. And, although I will be perfectly safe on this expedition, as on all others, it is humbling to be a part of an expedition to a place that has claimed lives. This is true of Rainier, Denali, Hood, MSH, Mt Blanc, Aconcagua, you name it. I think Everest garners more attention not only because it is the tallest mountain, but also because it is one where help from the Sherpa people is so essential, and thus puts them at risk as well as the western climbers. All of us do everything possible to reduce risk for everyone here, regardless of ethnicity or origin. 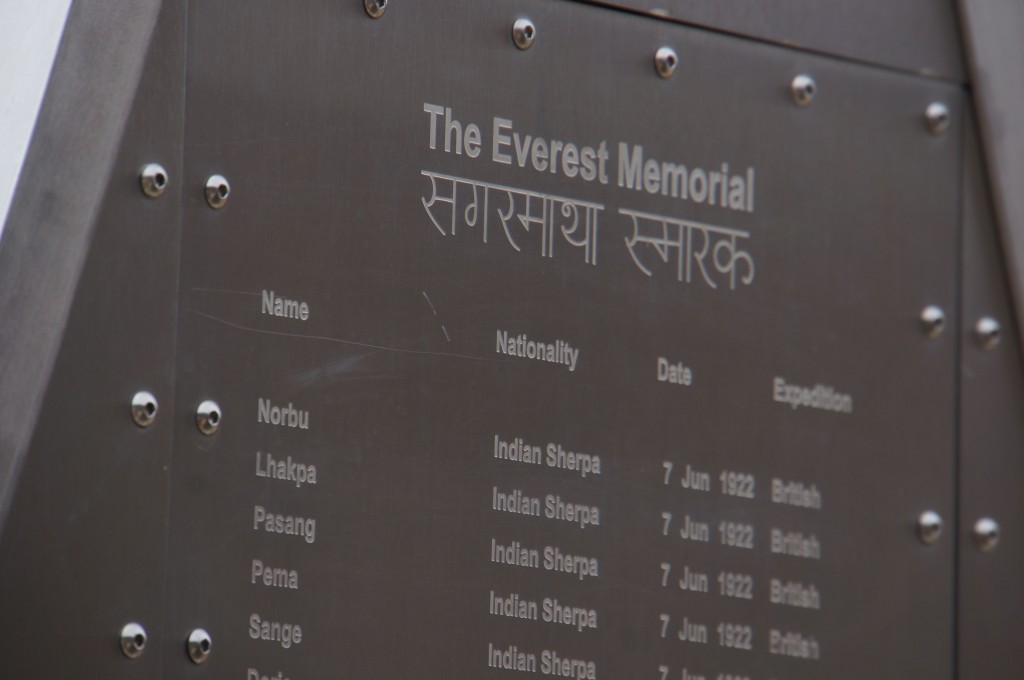 Next we vsited the Himalayan Rescue Association, A nice canned talk was given by an ER physician from SLC. Aimed at the gaggle of teen trekkers, but also acknowledged us climbers. I did not realize that HRA was founded in 1973 when several Japanese trekkers died of complications of AMS. Good, sound advice was given, especially regarding the importance of a slow, gradual ascent, which is precisely what IMG does up here. As if to underscore the importance of this, a young bloke was flown by helicopter back to KTM right before our eyes due to high-altitude pulmonary edema (HAPE). We are only at about 14,000 feet, so this is humbling to see.

I met a person called Ruben who is married to a doctor here at HRA. He interviewed me as part of a project he is trying to get off the ground re: climbing Everest. We’ll see whether this takes off.

WiFi started working again in the evening, albeit very slowly, and I labored for some hours to get a blog post up from several days ago. Very aggravating! But, worth it of course.

There was a lunar eclipse tonight, and for a time we toyed with climbing the hill behind Pheriche again, to get a look at this “blood moon.” However, cloud cover did not look favorable, and at the last moment Blake found a website that claimed poor visibility in Nepal anyhow, so we were spared the effort of a nocturnal hike, which was nice given that I had just suffered through a bracing shower, and was working on getting warmed up again.

Tonight a snow storm is predicted to move in, and this may make for a tough trek tomorrow. But, of course, we are all prepared and raring to go.

The tea houses are smoky and not particularly conducive to a hygienic lifestyle… plus, the bedrooms are truly freezing cold (unheated, and the buildings are made of stone). Looking forward to getting up to Lobuche base camp tomorrow, where we are more in control of our environment.

12 thoughts on “All’s Fair in Pheriche”