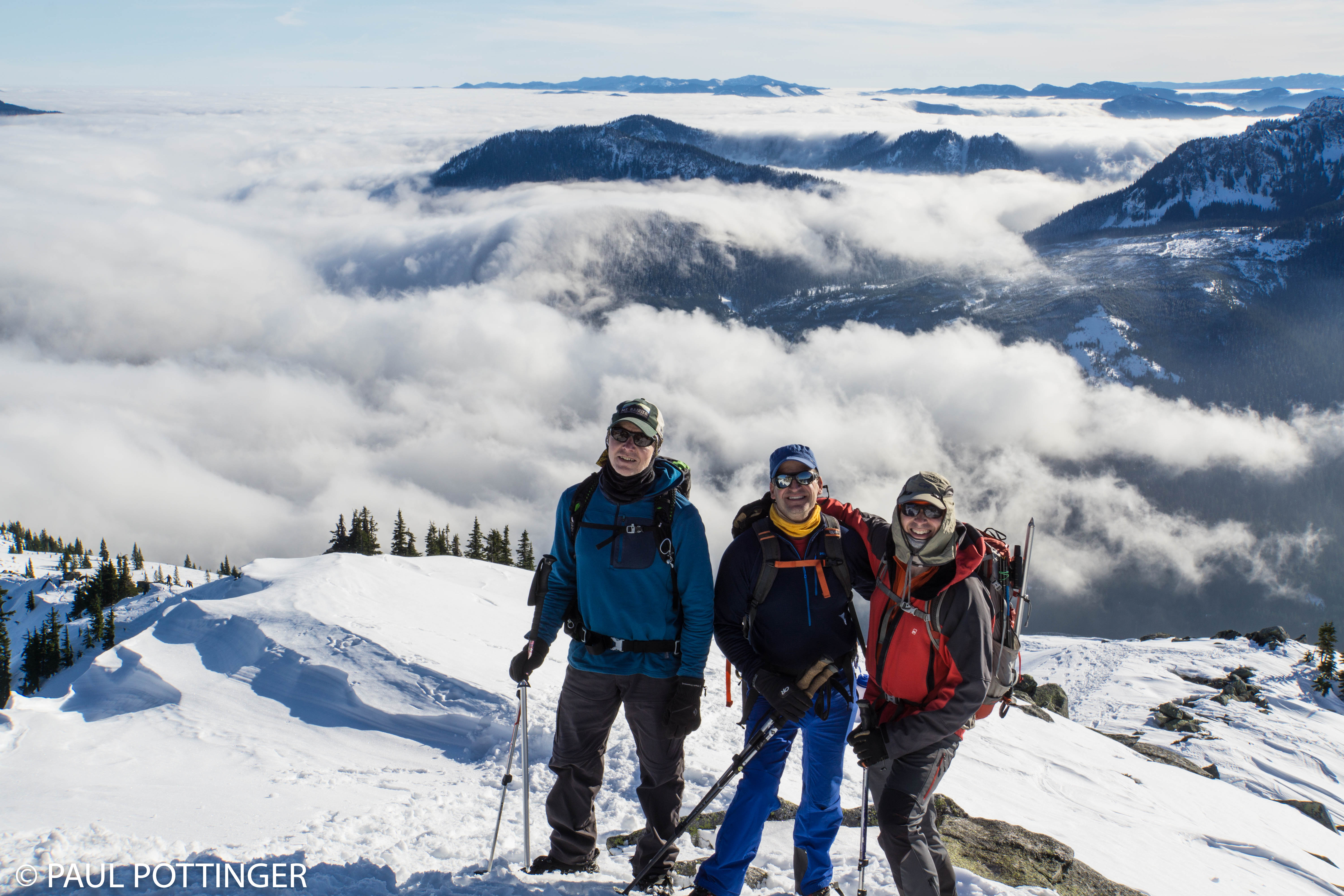 Doug texted me out of the blue, proposing a climb this weekend. Conditions were forecast to be just about perfect, including blue skies, gentle winds, and a freezing level circa 12,000 feet. Our friends in Texas were getting hammered with snow that should have fallen on Seattle, if not for a massive high pressure front parked overhead. We’ll take it.

Originally the plan was for MSH, and I agreed. But, I was worried about the suffering that would accompany my lack of sleep or exercise for the last 14 days, thanks to a particularly vicious URI that I dubbed the Salt Lake Rhinovirus (courtesy of my lovely family member who came to visit for Thanksgiving and became symptomatic before departing). Thus, I was relieved when Doug proposed a lighter itinerary: Granite Mountain, via the Winter Route. Much less driving, and a shorter climb to the summit. I was sold… and our buddy Ken was game, too.

7 AM meeting at the Exit 22 P&R, and we carpooled the last 15 miles to the trailhead. The rest pretty much speaks for itself…. I was indeed super tired this day, and was glad we had foregone MSH. But still a ton of fun, and a great day outside with my buddies.

Last time I climbed this was exactly four years earlier, just two weeks before heading to Mt Vinson. This is how it looked then:

Today, much less snow, and warmer for sure. Still, today’s was a righteous ascent.

After the climb we indulged in BBQ sandwiches and beer in Preston. I was delighted to hear that my friends Kim and Steven Hess had left High Camp for the summit of Mt Vinson at the same moment I had left home that morning. Steven and Kim are chasing the Seven Summits, and getting on top of Vinson would be Six of Seven. I was thrilled to know that they were slugging it out in that cwm with my buddies Justin and Emily, all those thousands of miles away. Vinson is way colder than 32F, but I liked knowing that we were working together, in sync.